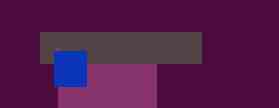 It wasn’t super easy, a lot of the soldering was on pins 0.1 inch apart, which strains the limits of my personal coordination and dexterity. I also managed to ruin one of the integrated circuits by inserting only 13 of the 14 pins on the DIP. I don’t know what happened to the 14th pin, which just happened to be the “ground” pin. It disappeared. I ordered another SN74HCT139, which cost $.78 + $6.99 shipping.

About 25 years ago, I’d assembled a small M6809 robot board that was a little bit more involved, but this was the first major project I’ve undertaken since then.

I did take a lot of care soldering. I also double-checked the values of all the static components (resistors and capacitors) before soldering. I bought a TTL logic tester to ensure that, when plugged in, all the sockets had 5V on the Vcc pin, and 0v on the Gnd pin. I put in the completely assembled clock module first. I made sure via logic tester that a clock signal appeared on the appropriate pin of all the module’s sockets.

The RC2014 can run CP/M, Z-System (a CP/M clone?) and a 1984 Microsoft Basic interpreter. It initially boots into RomBWB, which can page itself out in favor of one of the operating systems or interpreters in the ROM.

I’ve booted it into “ZSDOS”, one of the improved CP/M clones: 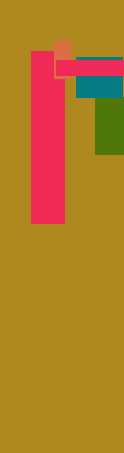 Looks interesting. I hope to have some fun tinkering with it.

My first computer was a Radio Shack Color Computer III, running OS-9 Level 2. It had a Motorola 6809 CPU. I think that OS and the Color Computer III did bank-switching to use more than 64 KiB of memory. I remember it allowing for 32 processes, at least on my Coco III. I think I had a memory ugrade, like to 512 MiB. I know I had the old school equivalent of an SSD, a cartridge that plugged into the extension bus, holding a whopping 768KB. I had an RS-232 serial card, so I could use a modem with it.

The whole retrocomputing phenomenon is kind of weird. There are folks who have disassembled entire compilers and the CP/M OS, so that they can trim a few bytes, add a feature, or support some peripherals that didn’t exist circa 1983. I guess in these latter days of 64-bit CPUs and personal computers with multiple gibibytes of memory, a 16-bit address space seems kind of dinky. People aren’t afraid to meddle where wizards feared to tread in 1983.