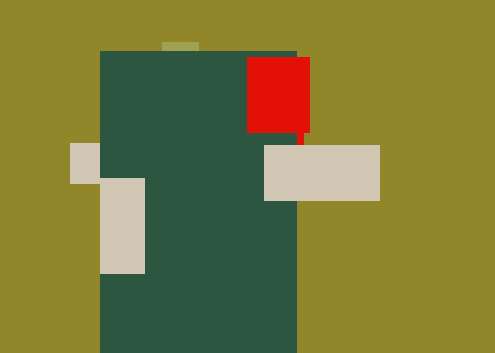 I’ve been reading science fiction for a long time, since maybe second grade, circa 1968. I believe that the first sci fi book I read was Lester Del Rey’s Mission to the Moon, but that’s for another day

One of my favorite books is Robert A. Heinlein’s 1959 Starship Troopers

I find it interesting in spite of its shortcomings because it’s 3 distinct streams woven together:

Heinlein-the-writer only does an OK job of weaving it all together, and I think that’s why people miss a few things in the story.

I suppose (1) is arguable, but I like it. The Mobile Infantry armored suits are intriguing, albeit impractical. It takes less than 1000 steps to go from a crated armored suit, to functioning on a trooper. Seems unlikely for something as functional as depicted. The armored suits use “negative feedback” to follow the motion of the human inside. I reckon this was amazing science in 1959, but how do arms and legs work if the suit is at all thick? I mean, it’s really awkward wearing thick pants, or a puffy coat, how would a Cap Trooper use his arms if the torso of the armored suit was more than about an inch or two thick? We know a suit is armored and reinforced, insulated and air-tight: it functions as a space suit, both during “drops” and on Planet P. An MI armored suit has to be inches thick.

(2) is interesting because the human society has something like “mathematical morals” (akin to mathematical logic). Heinlein leaves a lot of this unexplored, which is a real shame. But in any case, in-universe they’ve got an Ideal Society, guided by mathematical morality. Apparently mathematical morality gives humans superiority. What do the Bugs do once they discover this form of math? Where do the Skinnies play into it all?

Apparently, the Ideal Society looks a lot like USA circa 1940-1960, only much more militaristic. But only for the boys. Even though Carmen gets special treatment and women are often captains of ships, there’s still giant whiffs of chauvinism about it. Paul Verhoeven noticed this and had sexy women Cap Troopers in his 1993 movie to remedy it.

Heinlein shows us (3) when he describes Mobile Infantry training. Johnny Rico experiences the Ideal armed forces, where officers are not a special class as they are in the US armed forces. You can’t just start as an officer, you have to enlist and work your way up. In the Mobile Infantry, everyone, from cook to commanding officer, even specialists educated in the ethereal higher maths of Game Theory, fights.

Later when Rico is a “3rd lieutenant” fresh out of officer candidate school, We learn that the exalted rank of Sky Marshal can only be attained by one who has attained some rank in Mobile Infantry and the Space Navy. The Sky Marshal has to have been an enlisted man and an officer in both the marines and the navy.

There we have Heinlein’s vision of an Ideal armed forces: closely integrated infantry, much like the US Marines, and naval forces. The officer corps is not an aristocratic special class, members start by enlisting, and rise through the ranks. The head of the armed forces has been enlisted in both infantry and navy, and gotten to officer in both. Despite Heinlein’s technical orientation, he sees a human solution to matters of war.