I’ve been reading science fiction for a long time, since maybe second grade, circa 1968. I believe that the first scifi book I read was Lester Del Rey’s Mission to the Moon. 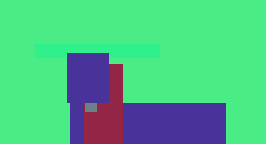 That’s Alex Schomburg’s cover for the 1956 edition of Mission to the Moon. It looks retro now in 2022, because it’s straight out of 1956. We’ve been to the moon, the last person stepped back on a Lunar Module 50 years ago. Humans have never been back, and probably will never go back.

There’s a lot wrong with this book. The prose is carved out of wood, it’s very clunky to read. Our hero, Jim Stanley, is one-dimensional. There’s a potential romantic interest, but she’s grotesquely mis-handled. But it was fun to re-read this after 53 years or so. I remembered some pieces of it after all those years.

Mission to the Moon dramatizes part of Wernher von Braun’s original space program, The Mars Project. It’s pretty clear Del Rey borrows from Across the Space Frontier and The Conquest of the Moon

I don’t think Del Rey understood orbital mechanics at all well. There’s a scene near the begining of the book where our hero glimpses a second space station, that of The Combine, a fictionalized Communist Bloc. Somehow, nobody but a few science and engineering types who have Space Knowledge have noticed this second station, despite it being in about a 90-minute polar orbit. There’s also the oddity of the lunar exploration ships leaving from a low-earth polar orbit. Given that the moon is in a roughly equatorial orbit, that seems wrong.