I wrote a Cryptoquip solver. 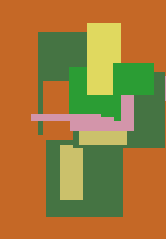 My big contribution here is using the “shape” of the words to narrow the choice of clear text letters.

I get the Denver Post newspaper on Wednesdays and Sundays, originally for the Jumble puzzle, later for the Sudoku, and now for the Cryptoquip.

As shown above, the Cryptoquip is a phrase, proverb, punny joke or witty saying, but the letters are enciphered. It’s a pure substitution cipher, but not a Caesar Cipher. If ‘A’ is enciphered as ‘M’, ‘B’ is not necessarily enciphered as ‘N’, it could be any other letter. I believe that a letter is never enciphered as itself, but I could be wrong, my solver does not assume that.

The usual method of breaking these kinds of ciphers has you doing frequency analysis: counting frequencies of cipher letters, them matching high-frequency-of-appearance cipher letters to high-frequency-of-appearance letters in plain text, as in the famed “ETAOIN SHRDLU” most-common-letters mnemonic. I’ve tried this method of deciphering before. You need a lot of cipher text to get it to work well.

I suppose part of the fun of doing Cryptoquips by hand is using your intuition about word length and punctuation and so forth, and also making trials that probably won’t work. The blurb in the Denver Post advises you to look at punctuation.

Cryptoquips don’t encipher word boundaries. There’s more information in a given Cryptoquip than just letter frequencies. Word length and repeated letters are given.

My program uses the length and letters of an enciphered word to create a “shape” or “configuration”.

It’s possible to narrow which words might match an enciphered word based on the “shape”.

OHDXLZSVPLYY has only 3 “shape” matches in my dictionary:

Notice that all 3 matches end in “ness” - it’s possible to match 3 cipher letters with clear text letters based on shape of this word alone.

Based on those shapes, T can match:

It’s possible to narrow the possible clear text letters corresponding to a cipher text letter to a single letter, just as in the shape matching above.

My program comes up with these reqular expressions for the example 4-letter words:

The program creates a new dictionary based on the “shapes” of the words matching per-enchipered-word regular expressions, and a new, smaller, set of letters that might solved each enciphered letter. It repeats the cycle until all enciphered letters have a clear text match, or 6 cycles, whichever comes first.

That’s how I used the extra information about word length and letter position in words to solve Cryptoquips.

Solution to the example