In my post about Lester Del Rey’s 1956 sci-fi thriller Mission to the Moon, I criticized Del Rey’s cis-lunar flight orbital mechanics. Del Rey had his moon missions leaving from a polar orbit around the earth. This struck me as very odd - all real lunar and interplanetary missions have left from a more-or-less equatorial orbit, or maybe even fly directly into an interplanetary orbit. I thought Del Rey had completely misunderstood orbital mechanics, or had mis-read von Braun.

I recently got a copy of Wernher von Braun’s 1953 epic Conquest of the Moon.

Von Braun has the lunar expedition constructed near a space station in polar orbit around the earth. On page 51 of my copy, the hypothetical trajectory clearly leaves from earth polar orbit, and enters lunar polar orbit: 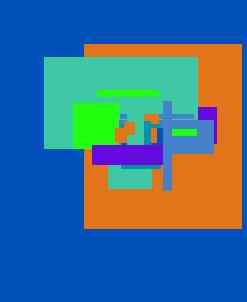 This trajectory is completely different than the free return trajectories actually used in the Apollo missions in the late 60s/early 70s. The polar-orbit-space-station as departure and return point means that a lunar stay has to be 2 weeks. The plane of the polar orbit has to align with the returning expedition.

Del Rey and many others borrowed from von Braun’s mid-1950s space program, publicized in 3 books, Across the Space Frontier, Conquest of the Moon, and The Exploration of Mars. Here, the borrowing is very obvious and explicit.